Darko Tresnjak to Direct the Story of Joan of Arc 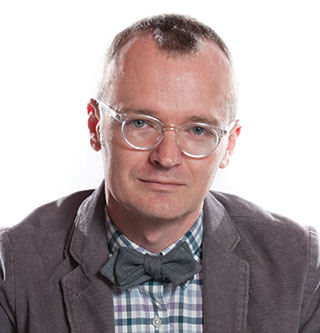 Tresnjak, who is currently directing the new musical Anastasia at Hartford Stage, said “Our 2016-17 season begins with Queens for a Year, the world premiere of T. D. Mitchell's play about four generations of women in the American military. The season comes full circle with George Bernard Shaw's magnificent Saint Joan, performed for the first time at Hartford Stage, an epic play about war, religion, nationalism and gender.  The role of the uncompromising title character is comparable in range and scope to that of Hamlet and Cyrano de Bergerac. It is a rare instance in classical theatre where a young actress gets to lead a company on an epic theatrical journey.”

As a teenager, Joan of Arc led the French army to victory over the British in a series of decisive battles during the Hundred Years’ War. Shaw wrote the role for his favorite actress, the legendary Sybil Thorndike. Since then many of the most respected stage actresses, including Uta Hagen, Lynn Redgrave, Imelda Staunton, Judi Dench and Jane Alexander, have played Shaw’s Joan.

Shaw wrote Saint Joan in 1923, just three years after the heroine was canonized by the Roman Catholic Church. An Irish playwright, Shaw wrote more than 60 plays, including Man and Superman, Pygmalion, Arms and the Man, Major Barbara and Heartbreak House. He received an Academy Award for his screenplay of Pygmalion, and he was honored with the 1925 Nobel Prize in Literature.

The theatre previously announced T.D. Mitchell’s Queens for a Year, a gripping family saga from one of the writers of the TV show “Army Wives;” August Wilson’s The Piano Lesson, winner of the 1990 Pulitzer Prize for Drama; William Shakespeare’s The Comedy of Errors, one of The Bard’s zaniest comedies; and James Lecesne’s The Absolute Brightness of Leonard Pelkey, presently nominated for four distinguished awards in New York City.

One more play will be revealed soon. The dates for all plays will be announced shortly.

The six-play MainStage Season is on sale now and subscriptions start at $125, a substantial savings over the cost of individual tickets. Visit www.hartfordstage.org/subscribe or call the Box Office at 860-527-5151. Please note that all titles are subject to change.

Single tickets for all shows will go on sale to the general public in July. However, group seats are available now for all shows via www.hartfordstage.org/group-sales or Theresa MacNaughton at (860) 520-7114.