“I am grateful to Queens for a Year for telling this difficult
story and shedding a light on women in the military.”
—Kirsten Gillibrand, United States Senator, New York

The first show of Hartford Stage’s 2016-17 Season, Queens for a Year is a world premiere directed by Lucy Tiberghien, whose recent Off-Broadway credits include Don’t Go Gentle and Blind.

"We’re delighted to have Lucie Tiberghien and such a terrific cast joining us for this timely new play exploring the lives of women serving in the military,” said Elizabeth Williamson, Associate Artistic Director.

Butler’s credits include Gross Domestic Product and Jimmy and Lorraine at HartBeat Ensemble; Juliet in Romeo & Juliet at Capitol Classics; and Freedom: In 3 Acts at Bated Breath Theatre Company.

Lori M. Doyle (The Visit on Broadway) will serve as production stage manager.

In Queens for a Year, Molly Solinas, a young Marine Corps Officer, unexpectedly returns to her family home in Virginia, bringing with her an even younger female Private. Four generations of women who’ve served their country in the Marines clash during what at first appears to be a post-deployment vacation – but is revealed to be much more.

“I am grateful to Queens for a Year for telling this difficult story and shedding a light on women in the military,” said Kirsten Gillibrand, United States Senator, New York.

Mitchell, best known as a writer on the popular Lifetime series “Army Wives,” has earned accolades for many works, including her plays Beyond the 17th Parallel (National Endowment for the Arts Artistic Excellence Grant, soon to be adapted for film), A Gray Matter, In Dog Years and the upcoming VRTU-L.

The Principal Sponsor for Queens for a Year is Travelers.

The 2016-17 Season is also sponsored by the Greater Hartford Arts Council and the Connecticut Department of Economic and Community Development.

Enjoy a lecture from artists and scholars connected with the production immediately following the 2 p.m. matinee. Free

Join members of the cast and our Artistic staff for a free discussion, immediately following select 7:30 p.m. performances on Tuesday or the 2 p.m. Wednesday matinee. 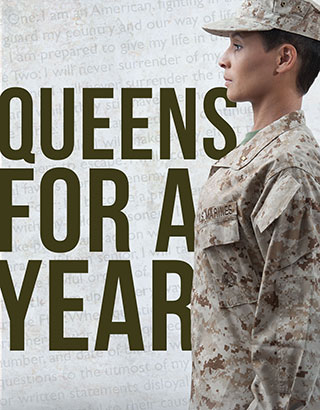 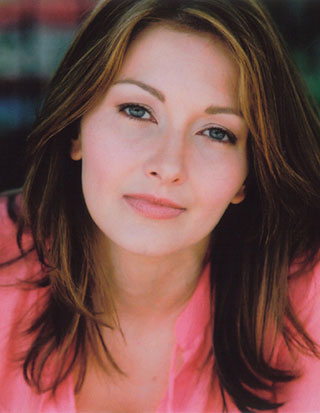 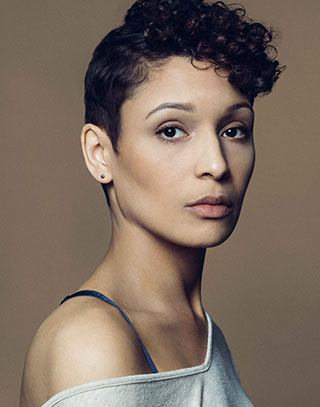 Now in our 53rd year, Hartford Stage is under the leadership of Artistic Director Darko Tresnjak and Managing Director Michael Stotts. One of the nation’s leading resident theatres, Hartford Stage is known for producing innovative revivals of classics and provocative new plays and musicals, including 73 world and American premieres, as well as offering a distinguished education program, which reaches close to 20,000 students annually.

Since Tresnjak’s appointment in 2011 the theatre has presented the world premieres of A Gentleman's Guide to Love and Murder on Broadway, winner of four 2014 Tony Awards, including Best Musical and Best Direction of a Musical by Tresnjak; Rear Window with Kevin Bacon; the new musical Anastasia by Terrence McNally, Stephen Flaherty and Lynn Ahrens; Quiara Alegría Hudes’ Water by the Spoonful, winner of the 2012 Pulitzer Prize for Drama; Breath & Imagination by Daniel Beaty; Big Dance Theatre’s Man in a Case with Mikhail Baryshnikov; and Reverberation by Matthew Lopez.

Hartford Stage has earned many of the nation’s most prestigious awards, including the 1989 Tony Award for Outstanding Regional Theatre. Other national honors include Outer Critics Circle, Drama Desk, OBIE, and New York Critics Circle awards. Hartford Stage has produced nationally renowned titles, including the New York transfers of Enchanted April; The Orphans' Home Cycle; Resurrection (later retitled Through the Night); The Carpetbagger's Children; and Tea at Five.