World Premiere of An Opening in Time

HARTFORD, CT — July 28, 2015 — Hartford Stage presents the world premiere of An Opening in Time by Pulitzer Prize finalist and Connecticut native Christopher Shinn, with direction by Oliver Butler of The Debate Society, from September 17 through October 11, 2015. An Opening in Time’s central Connecticut setting is inspired by Shinn’s hometown of Wethersfield.

A Pulitzer finalist for Dying City, presented at Hartford Stage in the 2008/09 season, Shinn is the winner of a 2005 OBIE in Playwriting and a Guggenheim Fellowship in Playwriting. He was shortlisted for the London Evening Standard Theatre Award for Best Play and has been nominated for an Olivier Award for Most Promising Playwright and the Lucille Lortel Award for Outstanding Playwright.

His plays also include Four, Now or Later, What Didn’t Happen, and his Broadway adaptation of Hedda Gabler. Beginning October 1 at the Donmar Warehouse, the London premiere of his play Teddy Ferrara will open almost simultaneously with An Opening in Time at Hartford Stage.

In An Opening in Time, Anne, a retired schoolteacher, moves back to the suburban town in central Connecticut which she left years before. She finds a number of things have been changed. Dunkin’ Donuts franchises are everywhere; the local high school is putting on a production of Rent; and a long-lost friendship suddenly appears in a new guise in this subtle and moving play about finding connections in a shifting world.

Hartford Stage Associate Artistic Director Elizabeth Williamson said, “"I've been an admirer of Chris' work since first reading Four many years ago, and this is perhaps my favorite of his plays to date. His psychological acuity is always impressive, and never more so than in this play as he tracks the risks his characters are and are not capable of taking, in the hope of having a second chance—at love, at reconciliation, perhaps at self-knowledge. An Opening in Time is set right here in Connecticut, which makes it doubly exciting to be premiering it at Hartford Stage.” She also will serve as Dramaturg for the production.

Cole P. Bonenberger will be the stage manager.

The 2014-15 Season is also sponsored by the Greater Hartford Arts Council and the Connecticut Department of Economic and Community Development. 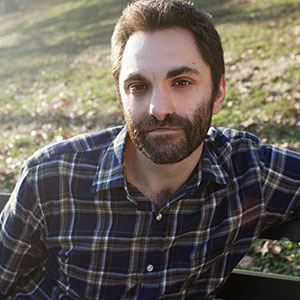 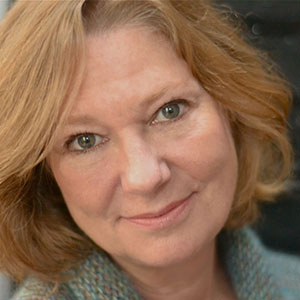 Season Subscriptions
Subscriptions begin at $125 and include six shows: An Opening in Time; Rear Window, adapted for the stage by Keith Reddin, based on the story “Rear Window” by Cornell Woolrich, directed by Darko Tresnjak; The Body of an American by Dan O’Brien, directed by Jo Bonney; Romeo and Juliet by William Shakespeare, directed by Tresnjak; Having Our Say: The Delaney Sisters’ First 100 Years by Emily Mann, adapted from the book by Sarah L. Delaney and A. Elizabeth Delaney with Amy Hill Hearth; and Anastasia, A New Musical, book by Terrence McNally, music by Stephen Flaherty, lyrics by Lynn Ahern, inspired by the Twentieth Century Fox Motion Pictures, directed by Tresnjak.

LGBT Night Out, Thursday, September 24
Join us for a pre-show nosh and complimentary wine (plus drink specials at the bar) for our lesbian, gay, bisexual and transgender patrons. Event begins at 6:15 p.m. before the 7:30 p.m. curtain. The reception is free with purchase of a ticket for that evening’s performance. Special guests will be the Hartford Gay and Lesbian Health Collective.

Audio Described Performance
October 10, 2:00pm
For patrons who are blind or have low vision. FREE

Now in our 51st year, Hartford Stage is one of the nation’s leading resident theatres, known for producing innovative revivals of classics and provocative new plays and musicals, including 68 world and American premieres, as well as offering a distinguished education program, which reaches more than 20,000 students annually.

In 2011, Darko Tresnjak became only the fifth artistic director to lead Hartford Stage. Since then the theatre has presented the world premieres of A Gentleman's Guide to Love and Murder on Broadway, winner of four 2014 Tony Awards, including Best Musical and Best Direction of a Musical by Darko; Quiara Alegría Hudes’ Water by the Spoonful, winner of the 2012 Pulitzer Prize for Drama; Breath & Imagination by Daniel Beaty; and Big Dance Theatre’s Man in a Case with Mikhail Baryshnikov.

Hartford Stage, under the leadership of Managing Director Michael Stotts, has earned many of the nation’s most prestigious awards, including its first Tony Award in 1988 for Outstanding Regional Theatre. Other national honors include Outer Critics Circle, Drama Desk, OBIE, and New York Critics Circle awards. Hartford Stage has produced nationally renowned titles, including the New York transfers of Enchanted April; The Orphans' Home Cycle; Resurrection (later retitled Through the Night); The Carpetbagger's Children; and Tea at Five.