“A plague on both your houses!” 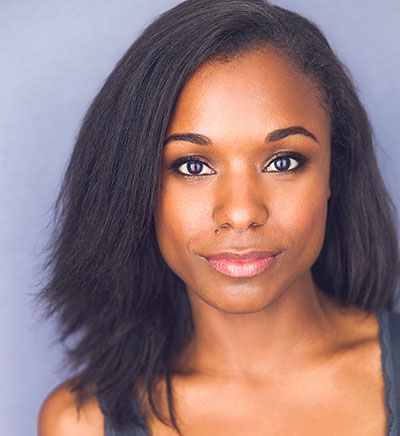 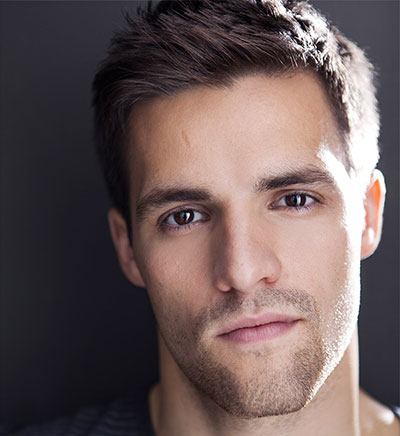 In Romeo and Juliet, the intense feud between the Montague and Capulet families devastates the city of Verona and foreshadows tragic consequences for young Romeo and Juliet. Revenge, passion and a secret marriage lead the world’s most famous star-crossed lovers to a harrowing end.

Kaliswa Brewster and Chris Ghaffari will play the archetypal young lovers.  Brewster’s credits include Hartford Stage’s La Dispute and Macbeth and Williamstown Theatre Festival’s Under Milk Wood, all three directed by Tresnjak; the new Showtime series “Billions,” which stars Damian Lewis and Paul Giamatti and debuts next month; and the Off-Broadway premieres of Emotional Creature and Soldier X. Ghaffari is in his final year of the MFA program at the Yale School of Drama, where he has performed in Coriolanus, King John and Paradise Lost. His resume also includes King Lear for The Public’s Shakespeare in the Park and As You Like It and Julius Caesar at Shakespeare on the Sound.

Tresnjak said, “Romeo & Juliet is a play of seemingly infinite possibilities, reinvented from generation to generation for over 400 years, a symbol of romantic love infused with iconic imagery and unforgettable language that has become a part of the vernacular. We look forward to exploring this eternally modern play with a company of great stage veterans and rising stars.”

Written in the 1590s, Romeo & Juliet contains some of Shakespeare’s most quotable lines:

In 2014 Tresnjak earned the Tony, Drama Desk and Outer Critics Circle awards for Best Direction of a Musical for the Broadway production of A Gentleman’s Guide to Love and Murder, which he debuted at Hartford Stage in 2012. Last year he won the OBIE Award for directing The Killer at Theatre for a New Audience. He most recently directed the sold-out, world premiere of Rear Window at Hartford Stage, and in May he will direct the world premiere of the new musical Anastasia.

In addition to Brewster and Ghaffari, the cast includes Kandis Chappell (Hedda Gabler at Hartford Stage, Getting Away with Murder and Rumors on Broadway) as the Nurse; Bill Christ (An Opening in Time at Hartford Stage, Born Yesterday on Broadway) as Prince Escalus; Celeste Ciulla (A Midsummer Night’s Dream with Hartford Stage and Hartford Symphony, Hamlet at The Old Globe) as Lady Capulet; Robert Hannon Davis (Kiss Me, Kate and A Christmas Carol—A Ghost Story of Christmas at Hartford Stage) as Montague; Jonathan Louis Dent (Sons of the Prophet at Roundabout Theatre, Henry IV Parts 1 & 2 at Huntington Theatre Company) as Tybalt; Wyatt Fenner (Misalliance at South Coast Repertory and LA premiere of Dog Sees God) as Mercutio; Alex Hanna (The Flick at Playwrights Horizons, Fox on the Fairway at Flat Rock Playhouse) as Benvolio; Charles Janasz (Amadeus on Broadway, more than 30 Shakespeare productions at The Old Globe and The Guthrie Theater) as Friar Laurence; Raphael Massie (longtime member of Elm Shakespeare Company) as Peter; Alex Schneps (The Hen Night at the Royal Conservatoire of Scotland) as Sampson; Julien Seredowych (The Dwarfs and Richard III at NYU Tisch School of the Arts) as Paris; Timothy D. Stickney (King Lear at The Public Theatre, Romeo and Juliet for The Public’s Shakespeare in the Park) as Capulet; Callie Beaulieu (King Lear at ARTFARM) as Lady Montague; Stephen Mir (Hamlet at Hartford Stage) as Balthasar.

The Presenting Sponsor for Romeo & Juliet will be The Hartford. Assisting Production Sponsors are Federman, Lally & Remis LLC and Hinckley Allen. Hartford Stage’s production is part of Shakespeare in American Communities, a program of the National Endowment for the Arts in partnership with Arts Midwest.

The 2015-16 Season is also sponsored by the Greater Hartford Arts Council and the Connecticut Department of Economic and Community Development.

Subscriptions begin at $120 for four plays and $99 for three plays. The season continues with The Body of an American by Dan O’Brien, directed by Jo Bonney, opening in two weeks; Romeo & Juliet by William Shakespeare, directed by Tresnjak; Having Our Say: The Delaney Sisters’ First 100 Years by Emily Mann, adapted from the book by Sarah L. Delaney and A. Elizabeth Delaney with Amy Hill Hearth; and Anastasia, A New Musical, book by Terrence McNally, music by Stephen Flaherty, lyrics by Lynn Ahern, inspired by the Twentieth Century Fox Motion Pictures, directed by Tresnjak.

Join us for a pre-show nosh and complimentary wine (plus drink specials at the bar) for our lesbian, gay, bisexual and transgender patrons. Event begins at 6:15 p.m. before the 7:30 p.m. curtain. The reception is free with purchase of a ticket for that evening’s performance. The special guest partner for the evening will be True Colors.

Audio Described Performance, March 5, 2:00pm
For patrons who are blind or have low vision. FREE